“A passionate and dedicated perfectionist, Cédric Bouchard has only been making wine since 2000, yet his champagnes have already become some of the most sought-after in the region.” Peter Liem, Champagne Guide 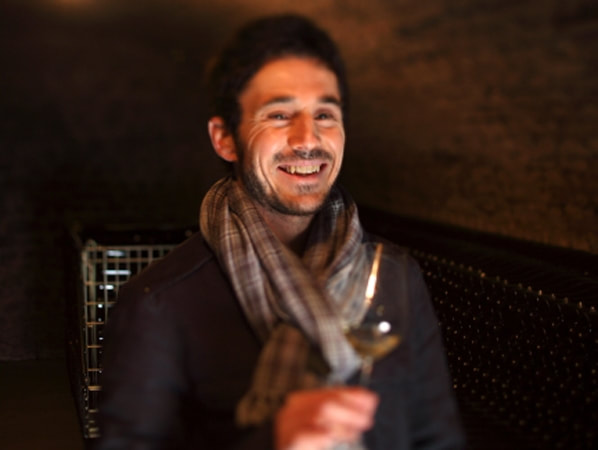 One parcel, one variety, one vintage, this is the essence of Bouchard’s philosophy.
Early on he produced wines under a label called Inflorescence, this no longer exists. The vines that bore the first for these wines, came from Cédric’s father, who had a very different approach. He now owns these vineyards and farms them in the same way as all the other Roses de Jeanne wines. The estate is named with homage to his Polish grandmother, Janika.
Roses de Jeanne parcels are trained in Cordon du Royat for pinot noir and Chablis for chardonnay, and are always harvested exceptionally low, at 4,000 kg/ha (26 hl/ha). This helps deliver the extreme concentration, minerality and precision found in Cédric’s wines.
Roses de Jeanne Val Vilaine - 100% Pinot Noir from the 1.5 hectare lieu-dit of Val Vilaine. This vineyard was formally owned by Cedric’s father until 2012 when he took full control. Before 2012 this wine was under the Inflorescence label, but now it is part of his Roses de Jeanne range. This is a south-facing parcel in the village of Polisy, planted in 1974. 300-500 cases produced annually.

Roses de Jeanne Cote de Bachelin [La Parcelle] -  100% Pinot Noir from the 1.5 hectare lieu-dit of Côte de Bachelin. Spends a full three years on the lees, and thus, is always bottled as a vintage cuvée. Its a southwest-facing parcel in the village of Celles-sur-Ource that Bouchard purchased in 2007, from an old friend of the family. This too was once part of the Inflorescence range, but is now Roses de Jeanne. 150 cases produced annually.

Roses de Jeanne Les Ursules - 100% Pinot Noir from the .9 hectare lieu-dit of Les Ursules.  It’s a relatively flat vineyard just down the road from Bouchard’s cellar, vines are planted in 1974. Some magnums are produced and imported of this wine, but in minute quantities. 250-300 cases produced annually.

Roses de Jeanne Bolorée - Very old and rare Pinot Blanc from a 0.217 hectare lieu-dit known as La Boloree. Bouchard was initially uninterested in the parcel, but it landed in his lap after he drew the short straw in a dual between growers.  Today, it is perhaps his most cherished site. The parcel is on pure chalk with Pinot Blanc planted in the 1960’s. Extremely limited.

Roses de Jeanne Presle - The newest release from Roses de Jeanne is Presle, an unusual blanc de noirs from a west-facing parcel of the same name in the village of Celles-sur-Ource. Bouchard owns just 15 rows here, and in 2007, he planted this parcel with ten different rootstocks, each selected for low yields and high concentration: “I wanted as much diversity as possible,” he says. “The complexity of the genetic material encourages the complexity of the wine.” Extremely limited.

Roses de Jeanne Le Creux d’Enfer Rosé -  100% Pinot Noir from the .07 hectare lieu-dit of Le Creux d'Enfer. There are just a few rows, which were planted in 1994 Made by the “saignée” method of crushing the Pinot Noir and running off the juice after several hours of skin contact to produce the classic rosé colour (rather than adding a bit of still red wine). Although this wine is “saignée” it is a wine of elegance rather than power “I want something fine, delicate, crystalline.” says Bouchard. Extremely limited.