Domaine Chapel is a Beaujolais estate founded by husband and wife team David Chapel and Michele Smith-Chapel in the cru village of Régnié.   It was in Beaujolais, while working at Domaine Lapierre in 2013, that David met Michele, a wine director based in New York. After living together in New York, the Chapels returned to Beaujolais to found Domaine Chapel. The Chapels produced their first wine - a 2016 Juliénas “Côte de Bessay” - in partnership with Mathieu and Camille Lapierre, winemakers and owners of acclaimed Morgon estate Domaine Lapierre.
​
​Currently farming 4 hectares of vines on the slopes of Beaujolais,  Domaine Chapel is divided between the crus Chiroubles and Fleurie. Working by hand, in organic agriculture, the focus is always to promote the health of the soil and work with respect for the natural environment.

2018 was an important year for Domaine Chapel, as they started farming 3 plots in two different crus of Beaujolais: Fleurie (Charbonnieres) and Chiroubles (Saint-Roch and Poullet). Sitting at 460m and 400m respectively the subsequent work they’ve done has been organic and by hand, using only garden tools and a cable plough. The following year, they began farming one additional hectare of old vines in the parcel Charbonnières.

Domaine Chapel has recently introduced Smith-Chapel wines, an exploration of high altitude parcels located on the slopes of Beaujolais and the nearby Mâconnais region. They partner with growers who work with respect for the land they care for, who are either already certified organic or are in the conversion period.
The wines are bottled in lightweight glass to create a minimal impact on the environment when shipped. There is a Nomacorc cork-like closure, made from carbon-neutral sugarcane, a renewable resource which is also recyclable.

Vintage 2019  Current Release
Early bud break created the threat of early frost to most of the vines in Beaujolais. Being high altitude and away from the humidity of the Saone River, their vines are less susceptible to frost and they didn’t suffer any damage. Early bud break would usually signal an early harvest but hydric stress caused by drought slowed down the growing season. Rains in August helped to restore the much needed water supply. Harvest started around the second week of September, a full week later than the previous three vintages. 2019 was prone to odium so careful surveillance and grape selection needed to be done. Yields were significantly lower than the prolific 2018 vintage and as low as 15 hectoliters per hectare in the Chiroubles 'Saint-Roch' parcel. 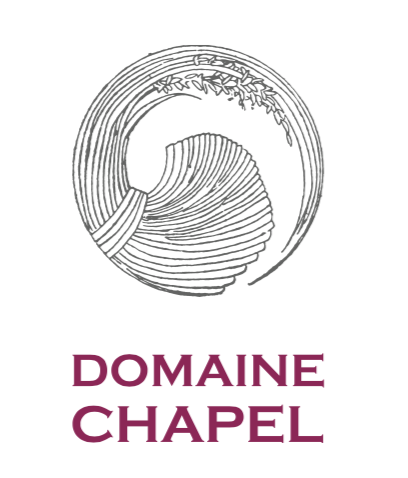 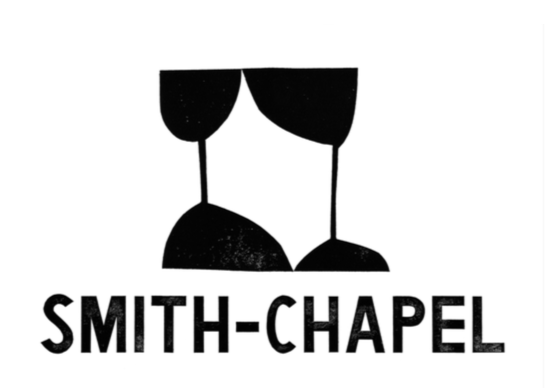 2018 Domaine Chapel, Fleurie 'Charbonnières'
2019 Domaine Chapel, Fleurie 'Charbonnières'    New Release
In 2018 David and Michele began working 1.2 hectares of vines in the Beaujolais Cru, Fleurie. The wine is from the single lieu-dit, Charbonnières, which sits at 460 meters in altitude. The parcel is planted to high density, free-standing, gobelet vines. The Charbonnières climat is formed as an amphitheater high up in the mountains of Beaujolais and bordered by the forest which forms a natural clos around the parcel. This is an east facing parcel with part of the vineyard facing north and the other side facing south. The land has been farmed organically for nearly 20 years and is worked entirely by hand. The vine age varies and the oldest vines are over 60 years old while the youngest were replanted 30 years ago. Granite rock forms the bedrock and the soil is a mix of granitic sand, weathered rock fragments, and igneous rock.    The result are nothing short of breathtaking. Fine fragrant red fruits, cherry, strawberry, wild raspberry and red current form an alluring nose. These mineral shining underneath, smoke and rock. The palate is a web of complexity. Super fine tannins and a flavour that expands. Domaine Chapel is a very exciting addition to the Beaujolais scene.

2018 Domaine Chapel, Chiroubles
2019 Domaine Chapel, Chiroubles   New Release
In January of 2018, Domaine Chapel began working 2 hectares of vines in the Beaujolais Cru, Chiroubles. This is the first vintage of Chiroubles from Domaine Chapel and what a great addition it is. The wine is an assemblage of two high altitude (average 400 meters), steeply-sloped parcels: Saint-Roch & Poullet. Each parcel comprises about 1 hectare of vines, which are both east-facing, and planted to high density, gobelet trained vines.  The land is worked organically and by hand. The average vine age of Saint-Roch is 55 years, and Poullet varies between 40 & 60 years old. The bedrock is granite and the soil is a blend of pink granite, sandstone and weathered rock fragments.
This is a much darker style of Beaujolais than their other two crus. Black cherry, deep plum and raspberry fruits mingle with a wild spice and hung meat. Smokey, licorices and fresh turned soil add layers and detail. The palate has a brightness to the fruit. It’s silky, but with a fine wave of tannin etch detail and interest. Delicious expression.

2019 Domaine Chapel, Beaujolais-Villages
​A blend of several parcels from the mountainous villages of Lantignié and Régnié-Durette. The average altitude of these east and southeast facing parcels is 380 meters. The shallow soils are mainly composed of sandy, decomposed-pink-granite. The average vine age is between 40 & 50 years old. The wines tend to have higher aciditiy, lift and energy. Lantigníe is considered the top village for Beaujolais-Villages because of its high elevation. There is a movement backing it to become the next Cru of Beaujolais. This wine is inspired by the type of wine that would be served in a traditional Lyonnais bouchon or bistro, or poured at a dinner table with friends. The wine is low in alcohol, has bright acidity, and is red fruited. David and Michele's goal is to make you wish you ordered a magnum of it. Luckily, we have those available too!

​2019 Smith-Chapel Moulin-à-Vent 'Chassignol'   New Release
The 2019 Moulin-a-Vent ‘Chassignol’ is the first Beaujolais under the Smith-Chapel label. Chosen as a single plot, it sits at 400m in altitude on a steep, North-East facing slope. ‘Chassignol’ is designated as being in the village of Chénas, which is classified as the cru Moulin-a-Vent (which translates as windmill). Extremely high density plantings, on a mix of pink granite and sandstone gives this wine a unique richness, and character unlike any of the Domaine Chapel Beaujolais.

2019 Smith-Chapel Aligoté   New Release
2019 Bourgogne Aligoté is from Igé, Mâcon. The grapes are grown on a single parcel of land, sloped with marl and calcaire soil, giving the wine a unique citrus note. Michele best describes this as “like drinking salty lemonade with a lick of limestone”. The wine was pressed and fermented with no sulphur added. Unfined and unfiltered, it sees fermentation and elevage in stainless steel.