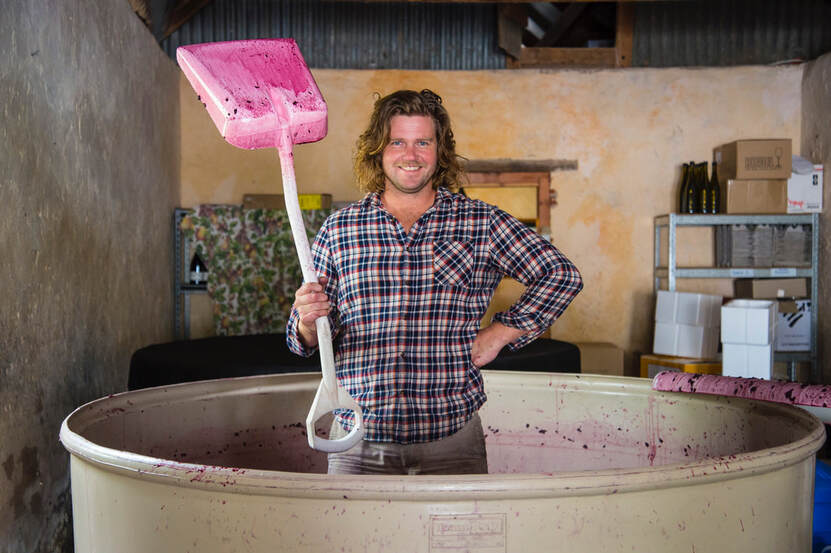 Harrison Wines defy convention – the convention and constraint of a nine-five job led Riley Harrison to seek a creative outlet, and in 2015, with a humble tonne of Grenache, this vision became a bottled reality.
In pursuit of perfume, texture, and drinkability, Riley crossed regional boundaries to secure small parcels of fruit from vineyards in the Adelaide Hills, McLaren Vale and Barossa Valley.
With an emphasis firmly on fruit quality and varietal expression, Riley’s winemaking style weaves between the lines of conventional and minimal-intervention. “Minimal intervention winemaking can be divisive and can focus too much on the minimalist process, rather than the outcome of the final wine. Strangely, doing less requires a far greater attention to detail in the winery. It's the complex interaction of science, creativity and environment in a bid to generate flavour that I find intoxicating" The resulting creatively charged wines are the outlet Riley was searching for. Harrison Wines has been an exploratory journey into the world of aromatic excitement and textural pleasure. He won’t be returning to the nine-five anytime soon.

2020 Sol Bianco - New Release
Inspired by the long days of summer. These grapes hail from the meticulously farmed Yangarra Estate vineyard found in Kaurna Country, Kangarilla nestled deep in McLaren Vale. Texture is the key with this wine. The roussanne spends 3 days on skins and the grenache blanc is left for 24 hours.
Nashi pear, ripe nectarine, licks of bergamot oil and just enough chew to get you salivating.Don't drink this wine too cold and drink it with gusto.

2020 Vento do Mar - New Release
Cabernet franc from a vineyard in Kaurna Country, Sellicks Foothills conveniently located quite close to the Victory Hotel in the McLaren Vale. These vines are cooled by the sea breeze & fuelled by the summer sunshine. 10% carbonic maceration and 90% straight up and down.
Bright red fruits, fresh cut chilli and the kiss of a man splitting firewood.This is spring luncheon wine if ever it did exist.

2020 Fleur de Lune - New Release
The fruit was harvested by hand on an ascending moon. Sourced from two vineyards established in the 1940's and 1960's in Ngadjuri Country, Krondorf & Vine Vale situated in the Barossa Valley.
70% whole bunch ferment and very gentle hand plunging.
This grenache is characterised by its perfume; white flowers, Asian spices and something kind of savoury but kind of not. Silty, gypsum-like tannins provide the framework for the supple red fruited palate.
As pretty as a flower, this wine is built for drinking.

2019 Black Hound - New Release
Syrah from the cool climes of Peramangk Country, Oakbank in the Adelaide Hills. These grapes are sourced from the Murdoch Hill vineyard just outside of Oakbank. 100% whole bunch fermentation and only minimal hand plunging. 10 months in seasoned French oak.
Spicy and floral, this syrah leaps from the glass. Loads of plush dark berries, olive tapenade and sweet bun spice are coiled around a firm arrow of powdery tannin.
Decadent but refreshing. 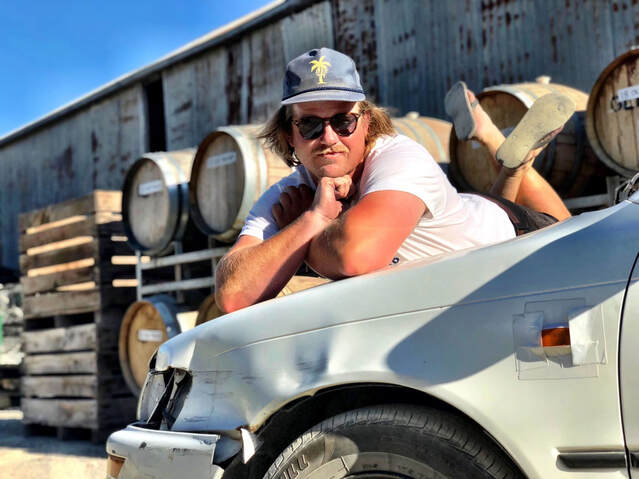